Is Your Cybersecurity Strategy Emotionally Intelligent?

That should change. Emotions may not be the first thing that comes to mind when we think about cybersecurity, but they play an important role because people are still at the center of efforts to keep data safe, and hackers play on users’ emotions to gain access to confidential information. Here are just a few examples of how emotional intelligence comes into play in cybersecurity:

As long as people fall for phishing scams and hand over their credentials or grant access to sensitive data, emotional intelligence will be a relevant factor in cybersecurity. It doesn’t matter how well defended a system is if hackers can con employees into bypassing protections by playing on their emotions with “urgent” messages purportedly from trusted sources that demand immediate action.

To ensure that you maximize your organization’s emotional intelligence defenses against cyber threats, honestly assess your current security posture through that lens and identify areas for improvement. Think of it as a range, with the worst actions at one end and the best at the other. Then, create a plan to improve your security posture through better emotional intelligence. 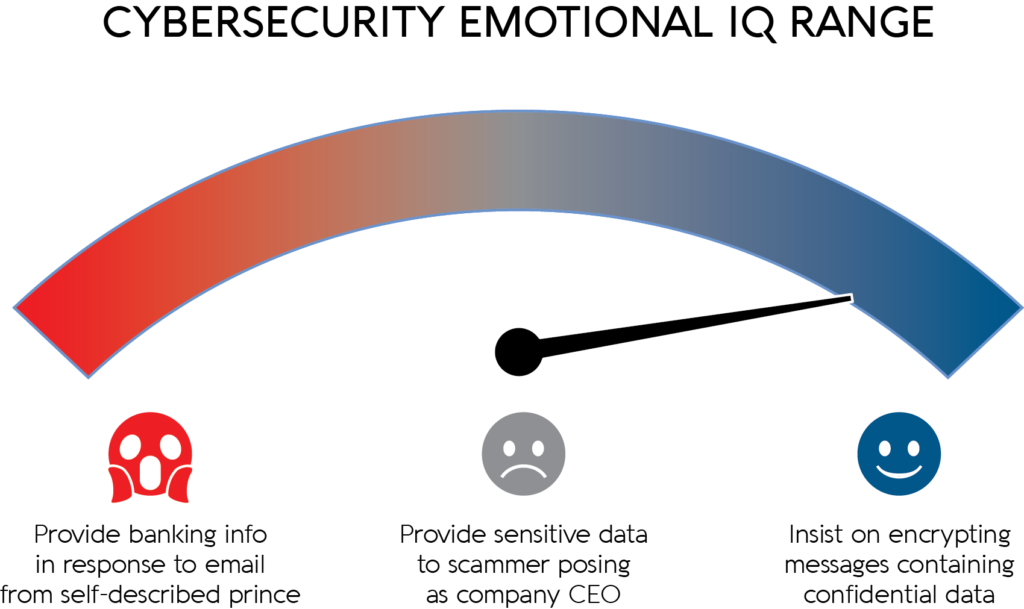 In the digital world, it can be easy to lose sight of the emotional dimension of the operations we perform. This will only increase as AI becomes more dominant. Too many experts are expecting AI to address the risks that other cybersecurity tools have failed to defeat entirely. But as long as the human element remains, emotional intelligence will be an essential part of an effective cybersecurity strategy.

Subscribe to our blog to receive email notifications when new posts are added!